Our Places - Vale of York 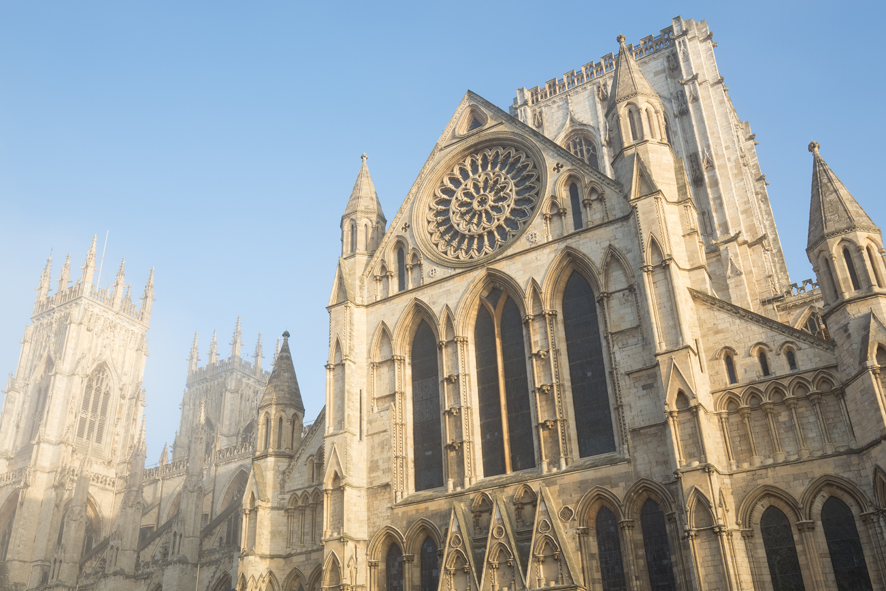 Whether you’re attracted by the ancient walled city of York, the smaller picturesque towns such as Pickering and Tadcaster or the beautiful countryside, this is an area that has cultural, scenic and historical delights in abundance.

Ancient history, stunning countryside and the UK’s most beautiful city 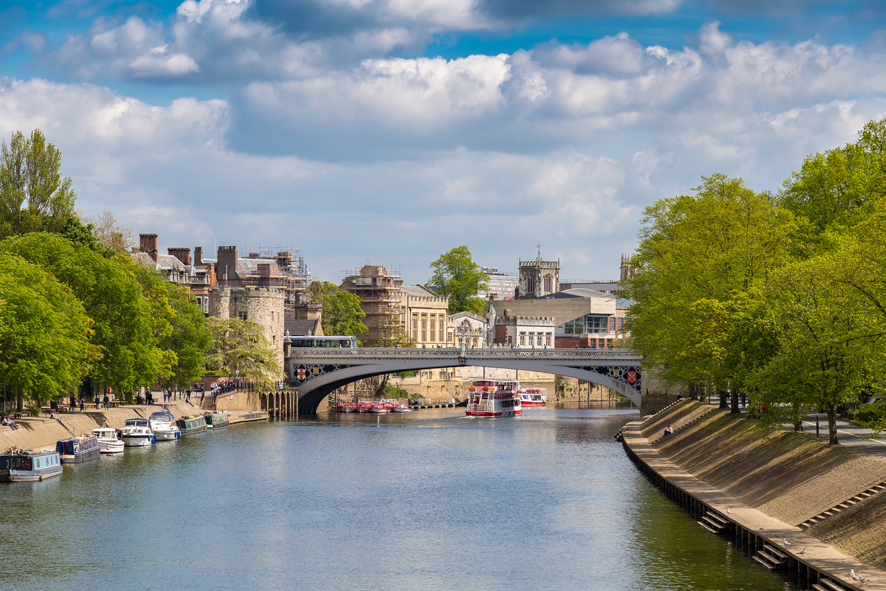 York has a fantastic blend of history, culture and shopping which makes it a hugely popular city and one that makes every Best Places to live list you’re likely to see. A compact city easy to get around on foot, York has good transport links and easy access to glorious countryside.

There are many other places in the area which may attract less attention than York but are nonetheless worth your attention. Market towns such as Pickering and Tadcaster have much to recommend them, sited amidst lovely countryside in this part of Yorkshire’s varied landscape.

The area offers a wealth of opportunities for walking, outdoor activities and generally enjoying some of England’s most beautiful countryside with both the North York Moors and Yorkshire Dales National Parks situated close by.

For just a flavour of what Vale of York has to offer, our local tips are:

York and its surrounding areas have no shortage of cultural pursuits.  The city itself offers a year round programme of theatre, comedy and music at venues which include the Grand Opera House York, York Barbican and York Theatre Royal.

For cinema, we favour the City Screen Picturehouse in the heart of York which, alongside your standard blockbusters, also offers cult classics, art-house gems, quality documentaries and, on Vintage Sundays, classic films back on the big screen where they belong.

This area also offers visual treats in the shape of York City Art Gallery and, for art inspired by the landscape and nature of the moors, the Inspired by… Gallery located within the Moors National Park Centre.

Less than an hour’s drive away, the Yorkshire Sculpture Park and The Hepworth Wakefield offer world-class art in stunning surroundings. The latter was the recipient of the Art Fund Museum of the Year 2017 award, the world’s largest and most prestigious prize for museums.

For kids, our two favourite city attractions are the Jorvik Viking Centre and The York Dungeon.  For adults, York is packed with buildings of historical and architectural interest.  It goes without saying that a visit to the magnificent York Minster should be at the top of your list.  Amongst its programme of events it runs a range of family activities throughout the summer.  Other city buildings not to be missed include the Merchant Adventurers Hall and the Treasurer’s House.

An outstanding family day out can be had at Newby Hall which offers a house, gardens, adventure playground, miniature railway and more. The National Trust’s Beningbrough Hall, Gallery and Gardens n North Yorkshire is a baroque mansion surrounded by glorious gardens and National Portrait Gallery paintings.

The North York Moors National Park is a special place comprising moor, coast, forest and dale.  It offers a vibrant landscape, rich in heritage and wildlife not to mention stunning coastline and staggering views.  Perfect for keen walkers, it also offers a fabulous family day out.

The Forbidden Corner is an award winning attraction that bills itself as ‘the strangest place in the world’. Its labyrinth of tunnels, chambers, follies and surprises make a great family day out.  At Pickering, you’ll find the North York Moors Railway where you can travel through glorious countryside in heritage carriages pulled by steam locomotive.

Just a short drive from Pickering is Dalby Forest (part of the National Park) where you’ll find our local Go Ape. Challenge the family with zip wires, Tarzan swings, rope ladders and other obstacles or, if dicing with danger doesn’t do it for you, head for one of the forest’s many cycle trails instead.

‘The Shambles’ is the maze of twisting, narrow lanes that makes York so picturesque.    York Designer Outlet is the place to bag a bargain from the likes of Armani Exchange, Boss, Brooks Brothers, Paul Smith and Phase Eight to name but a few.

For even more retail therapy, a short drive to Harrogate offers the pretty Montpellier Quarter whilst Leeds is a shopping mecca for all tastes and budgets.  From the contemporary iconic glass roof of Trinity Leeds to the Victorian splendour of the Victoria Quarter and the domed roof of the Corn Exchange, you’ll be spoilt for choice.  Designer brands with shops in Leeds include Vivienne Westwood, Louis Vuitton, Ted Baker and The Kooples.  Harvey Nichols, the first outside London is just a stone’s throw from the new (and stunning) Victoria Gate, now home to the largest John Lewis outside London.

The market town of Helmsley offers a high street full of independent shops, galleries and boutiques.

For keen foodies, the Michelin starred restaurants of the Black Swan Oldstead, The Star Inn at Harome (it would probably be rude not to stay over and take advantage of their lovely rooms) and The Man Behind the Curtain in Leeds are all within an hour’s drive.

In York you can explore Polish cuisine at Barbakan Café. With outposts in both York and Helmsley, Mannion & Co comes highly recommended for their deli platters, artisan breads and irresistible cakes.

This area also offers plenty of options for a rather refined afternoon tea experience including Betty’s (still the best in our view) or The Garden Room at The Principal.

A large number of primary schools within the North Yorkshire County Council catchment area are rated as ‘outstanding’ by Ofsted. This covers a large geographical area which incorporates many travel-to-work areas.  In terms of secondary education, notable choices for schools and colleges include the Ryedale Federation which has 4 member schools – Kirkbymoorside Primary School, Helmsley Primary School, Sinnington Primary School and Ryedale Secondary School – all of which are rated either outstanding or good.

Strong independent school choices include Clifton School and Nursery which combines innovative teaching and an outstanding learning environment for children aged 3-8.  Bootham School, which offers both a junior and senior school education, is built on the Quaker philosophy of liberating young people to flourish as adults and live adventurous lives that will serve to create a better world.  Set in one of North Yorkshire’s Areas of Outstanding Natural Beauty, Ampleforth College prides itself on offering an education which includes, but goes beyond, academic excellent to provide a spiritual compass for life.  All feature in the prestigious Good Schools Guide.

Commuting and Getting Around

York is the area’s main train station and the city is extremely well connected.  There are direct trains along the east coast mainline north to Scarborough, Middlesbrough, Newcastle, Edinburgh, Dundee and Edinburgh.  Southbound, there are direct routes to Doncaster and Sheffield and to the south west including Oxford, Reading and Plymouth and Penzance.  Alternatively, head west across the Pennines with direct trains to Leeds, Manchester and Liverpool.  The journey to London takes less than 2 hours.

York is easily commutable by train from Leeds (23 minutes) and Harrogate (33 minutes).  To the south of the area, Selby and Tadcaster are an easy commute by car to or from York.  If you hanker after a more rural life, the north of the region reaching up towards the moors offers numerous villages and small towns to consider.